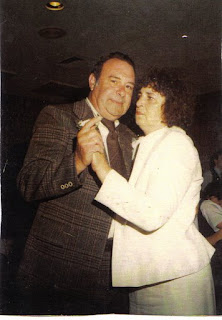 Hi Everyone,
I hope you are all doing well, I am doing good, although today would have been my Father's 75th birthday. He passed away on June 3rd 1987 of a massive heart attack. He had a heart attack at the young age of 42 and developed heart disease. They told him he probably would only live 10 years. His life was not easy which I feel contributed to the heart problems. His father died when he was 11 years old. He was the oldest in his family and had to leave school in the 8th grade to support his mother and 4 siblings. He then went off to the Korean War. When he got back he met my mother who was his sisters best friend. They married and began a family. My mother winded up having a breakdown which I now believe was post partum pychcosis. But back then everyone was schizophrenic. She went through many years of shock therapy and was dosed with Thorazine. He had to be both mom and dad and the provider. That is why he is my hero. After we were all grown up and out of the house, he passed away about six months later. I think he knew we were all ok, and taken care of and he had done what God wanted him to do. I wrote this poem to give him on Fathers day 1987. He passed away two weeks before I could give it to him, so they read it at his funeral. The song Forever Autumn by the Moody Blues reminds me of him I put it in my playlist. My mother always listened to Nights in White Satin by the Moody Blues to remember him. Instead of putting an Angel on my blog today I put what I would like to think is a vision of my parents dancing once again in Heaven.
Thank you for visiting my blog today.
Take Care
Janet :)

On this Fathers day
we want you to know
how much we appreciate
that through all the hard
times you didn't go.
through thick or thin
till death do us part
you never let the love
of your family leave
your heart

On this day you deserve
our praise
if we only knew the exact
words to say.
you should have had received
the man of the year,
brought about all mankind
for a cheer