Hi Everyone, I hope you are having a great weekend. I was remembering something that happened last year because of a recent situation in my life, and all my Zen and loving kindness has gone out the window! I want and need to vent. I hope you don't mind! To make a long story short, there are these three people I just hate for different reasons. One for making A PHONE CALL to the wrong people about me because he was such a stupid COWARD and couldn't think to do something else, like call my husband, no, a mutual friend, no. That one phone call has ruined mine and my families life on so many levels, I can't even tell you all of it, one thing I'll tell you is it has hurt my ability to get a job. The effects of that one call have a rippled effect that just seem to go on. The other two are these women who were the biggest Tattle Tails I have ever met and ratted me out to my husband every chance they could. And one of them was the "other women" when I first met her, wonder how she would have liked it if I did that to her! If they were to read this I know what they would say, it's all my own fault, yada, yada, yada. I know that, but there were other ways to deal with me then calling on me. Like for example, talking to me, or going to the courts first, instead of in the second place, or maybe, just maybe, even helping me as I was heading for rock bottom. But NO! that would have been to much effort, may have even taken some caring from someone who I thought was once a friend, but turned out to be the coldest meanest person I have ever known. They obviously felt, even though I'm just a human being, I did not deserve any compassion or help, not in the least! I'm sure my issues kept them from looking at their own, so why stop that! They are probably even happy beyond belief for my circumstances right now. Thrilled in fact, that is what sick, motherfucking asshole losers they truly are. They have their issues with booze and pot, so they are no better than anyone, even though they seem to think so. I wish I never crossed their paths in life. Karma will catch up to them, I have faith in that! Ok done venting, and Aaaaah, Patti aka Raven, your right, it does feel good to let it out! You have got to check out her blog, http://stuperheroextraordinaire.blogspot.com/ I just love her, she tells it like it is and has given me the inspiration to do the same, keep those great posts coming Patti!! And for you my regular readers, I wanted you to know that if a caption reads,“GAY TEST or anything GAY in the funny images or posters I may post, it simply means that a guy has failed the said test by ignoring the girl/s in the poster or any similar idea, which would implie that the guy is probably gay. Most of all my friends, these posters are made to give a dig at one of those people I hate. So to everyone else, no offense. I have no problem with anyone who is gay. Thanks for your understanding :) And now that I feel better and considering it is Saturday, we still need to have some laughs right, right!! So here you go! I was busy on Friday and wanted to do FAWK YOU FRIDAY to vent, maybe next week, so that is why I came up with Suck it Saturday LOL!
Thanks for visiting my blog,
Have a good one,
Janet :)

Funniest Prank I ever heard!


If I could I would say this to their faces,
and then some!


I have seen this ladies fat twin
driving down my street, scary!


For P.H. "The Other Women" when I first met her,who thinks
she is so PERFECT AND ABOVE EVERYONE ELSE! 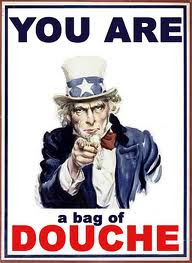 Above Picture stolen from Patti :) 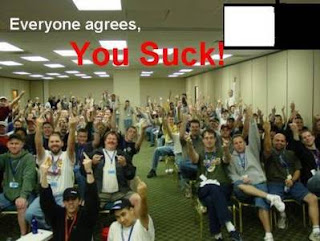 Posted by Janet Gardner at 3:39 PM

Email ThisBlogThis!Share to TwitterShare to FacebookShare to Pinterest
Labels: Suck It Saturday