Hello, How are you? I am doing good, busy, but good! I have been thinking over the past week on how to write this post, because it is hard for me, but it is something I have to do. I have decided to stop blogging for a while, maybe permanently, I'm not sure yet. Reasons for this decision range from a bit of blogging burnout, to just being busy with work and family. I feel truly sad as I write this, because I have loved blogging and in the process made connections to so many people. I will still be in touch on Facebook and if we are not friends on Facebook, I will visit your blogs as often as I can to keep in touch. Thank you for always supporting me on this blog. You helped me so much when I wrote about the harder times in my life with your kind words and thoughts and really carried me through those hard times. You also delighted in my happy and joyful times, and for all of those reasons, you will always be in my heart. Take care and I'm not going to really say goodbye, because goodbye seems like a permanent end to knowing each other, and I hope that is not the case. Think of it as "So Long" from here-for now!
Janet :)

Love & Kisses to you! 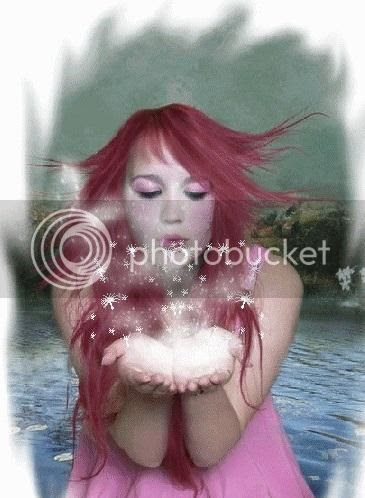 Hello, How are you? I am doing good. This week I came across this funny video and had to share it on Silly Sunday. Jimmy Fallon and Michelle Obama are hilarious in the "Evaluation of The Mom Dance" I hope you enjoy it as much as I did. Even though I am posting this late on this Sunday, if you still want to join in visit Sandee or Ronda's blog, http://www.laugh-quotes.com or http://comedyplus.blogspot.com
Thanks for visiting,
Janet :)

Hello, How are you? I'm doing good. We survived the big blizzard with no problems, and tomorrow more snow is on the way! We only lost our power for about 20 minutes. My poor daughter and her family lost their power for three days! The power outages were all around us and many people went for days without power. I felt so bad for everyone who got stuck in that situation, and at the same time I was so grateful that we were speared! The snow may not look that deep in the pictures from my backyard, but actually there are a concrete turtle and bird that are in the sand area that my grandkids play in that stand about a foot high, and you cannot even see them! It did turn out to be the 5th biggest storm we have ever had in this area. I hope you enjoyed your Valentines Day as much as I did, with lot's of love around you. Along with these pictures from my week, I want to leave you with these words of inspiration. I feel nothing but content with my life these days, even in times of challenges, I know I'll always come out on the other side ok, stronger. I'm sure many of you feel the same. Have a great week ahead!
Thanks for visiting

Hello, I hope your doing well. I am doing good. I'm hunkering down today for the big Blizzard of 2013 that is about to hit the east coast. I hear they are calling it Nemo, why they gave it a name, I'm not sure. Something to do with giving it a personality I read. How a fish named Nemo and a blizzard go together is beyond me! Anyway, I am considered a nonessential state employee, so luckily I got the day off to stay home and stay safe. Most folks around here are staying home as well. If I don't lose my power, I'll post some photos on Sunday of the after effects of this Storm. Thankfully I've got my Bread and Milk too, so no sweat there lol! But all kidding aside, if your in the area, I hope your hunkered down and staying safe! To my friends enjoying better weather, I hope you have a great weekend!
Thanks for visiting,
Janet :)


A powerful storm expected to bring driving winds and more than 2 feet of snow to the Northeast, along with the potential for coastal flooding, touched down early Friday morning, canceling thousands of flights in its wake.

Blizzard warnings were in effect from New Jersey through southern Maine, with Boston expected to bear the brunt of the massive storm that could set records. The day began with light snow and winds that were due to pick up with much heavier snowfall by afternoon.

Officials urged residents to stay home, rather than risk getting stuck in deep drifts or whiteout conditions.

Boston and surrounding communities said schools would be closed on Friday, and city and state officials told nonessential city workers to stay home. Businesses were urged to let staff work from home or shorten schedules.

"Accumulation is expected to be swift, heavy and dangerous," Massachusetts Governor Deval Patrick told reporters. "I am ordering all nonessential state workers to work from home (Friday)

Funny take on some people's reaction
to a big snow storm!

Email ThisBlogThis!Share to TwitterShare to FacebookShare to Pinterest
Labels: Blizzard of 2013, Bread and Milk, hunkering down, Nemo. Nonessential State Employee

Hello, I hope your all doing well. I am doing good. I had a good week, just going about my usual routine, nothing too exciting to write about. Although, I was quite excited to finally get my first paycheck that I had to wait three weeks for! So this weekend I splurged on some Chinese food for me and my guys. Along with helping to pay the bills, it feels really good to be able to do things like that for them. I've been watching the Superbowl tonight and I decided to cheer for the San Francisco 49ers because the Ravens beat out the Patriots in the playoffs. The game is getting really good now in the 4th quarter, the 49ers are making a great comeback, I hope they can keep it up! The commercials are always a big thing of course. I thought some of them this year were pretty funny. In case you didn't get to see them, I thought I would share my picks for the funniest with you. I hope you enjoy a laugh or two. Have a great week my friends.
Thanks for visiting,
Janet :)

And did you hear about the power outage during the game,
well look who was the culprit! lol!