A Valentine's Day Unlike No Other 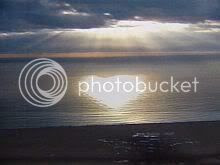 Hi Everyone,
I hope you are all having a nice Valentines Day. Today started out like my usual Saturdays, I take Nathaniel out every Saturday from 10am to 1pm. I take him swimming and then for lunch and for a walk or whatever else he feels like doing. He is Autistic and lives at the New England Villages where I work. He is very special to me and I admire his growth from where he was when he first came to the village. He is much more loving and trusting. Anyway he lives with others in a nice house. One of them is Margy. Margy has respiratory problems as she is aging. When I left with Nathaniel today they had to call an ambulance for Margy. She took off her mask the night before while she was sleeping and that is not good, she needs constant oxygen. So she had to go to the hospital. I was asked if I would go sit with Margy in the Emergency room when I was finished working with Nathaniel at 1pm. I said I would, even though I knew she was at the same hospital that both my mother and mother in law were at when they first got sick. I thought it has been awhile, it won't bother me, but as I drove into the parking lot I started to have flashbacks of seeing my mother the day after her stroke, which was so hard for me, she looked like she was already gone. Then I flashed back to the day Elsie had her heart attack and I was with her throughout the night, when they came into her room and said they had found a lump on her lung after her MRI. Which turned out to be her demise, it was cancer. I also thought that maybe their spirit is around me to help me keep on caring for the sick. So I stayed strong, when I went into the emergency room with Margy I sat and held her hand like I did with my mothers and then from across the room I hear, Josephine, I am here to do!!! Josephine was my mothers name for those who don't know that. So I could not help but turn my head, and when I did I felt like I was looking at my mother in law. I got goosebumps right away. I felt compelled to go over to Josephine and say hello and tell her about my mom and mother in law, that she reminded me of both of them at the same time. So eventually I did and she said something to me that I needed to hear, she said don't worry about your mom and mother in law, they are in a better place, she just kept saying don't worry, which is what I still do sometimes,although I have learned to let it go much easier than before, you know thoughts like could I have noticed something to save them from there suffering, did I do enough for them when they were sick. We continued to talk for a few moments and now she has invited me over to visit her at her home, she has no children. I said I would love to have a cup of coffee with you. I feel my mother's were there with us today. They brought us together for a reason, maybe companionship, only time will tell. I will let you know how things progress from here. I felt so much love today that it is the best Valentines Day I have ever had.
Take Care,
Janet :)
Posted by Janet Gardner at 9:02 PM