Lifestyles Of The Poor And Hopeless

Hello, Yes, sad but true, this is the style of life that 15 Million Americans are living today while trying to achieve the American Dream, myself included. And you know there would never be a show featuring this reality of life, because it would be an unpleasant reality, people would prefer to watch the rich and famous one they had years ago. I can tell you this for sure, because even though I have been living as one of the 15 million the past two years, unemployed, bordering on depression and hopelessness, with each, "Thank You for applying, this position has been filled by another candidate" the reality of what is really going on didn't hit me until I had to go to my local Unemployment office last week. I just needed a letter for something else stating my benefits ran out in 2010. I had always filed my benefits over the phone, so I never had to go to the office. All I can say is wow, what an eye opener. I went on a Friday morning and they told me it was a 4 hour wait. I thought to myself, I don't want to sit here for 4 hours, I'll come back when they open next week early and be one of the first in line. And that's what I did. Getting there early got me #38 in line. As I stood in line it grew and grew, I saw every age group, male, female. The man ahead of me was in his late 50's, probably close to retiring and there he stands, in the unemployment line. I talked with him and some others while we waited to get in and the main theme that ran through all of our stories was the same, hopelessness. Then they open the doors and we all file in, and right after me they stopped taking people. All the others behind me in line were told to come back later or come back the next day. I never thought I would have to feel "lucky" to get in an unemployment office! I waited about 4 hrs for a letter that took 1 minute to print. I left there that day just disgusted with our government. I am not a big political person, but I do know that we have all been pretty much screwed out of the American Dream. I will never do better than my Parents who worked a job without a college degree and were able to obtain the American dream and then some. And it's just not me I think about, I worry for my children and grandchildren, will they ever be able to achieve their dreams. And now being an Election year, I can't stand that I have to listen to them all babble their BS, and I don't even watch the debates, but I have to hear them between the news and the commercials. I just don't believe any of them are going to change anything. They promise the world and deliver nothing, election after election. I had faith in President Obama and I still do a little, because I can't believe that anyone could turn this around in less than 4 yrs. I remember everything going down hill when Bush was in office, so putting another Republican in is something I am definitively against. No offense to anyone who believes otherwise, it's just my observation, my opinion, if you can convince me otherwise, feel free to leave me a comment. I know this has been a depressing post, but it is something I felt the need to write about. I wanted to help you see the reality of the numbers like I did. If you have a job be thankful. Don't take it for granted even if you hate it some days. Even with my college degree, and working with an employment agency, I apply at places even like Walmart and still nothing. There is probably an average of 500 applications for every position posted from what I'm told, it's that tough out there. I also wanted to share this with you so if you do go and vote this year, really think about what is going on in America. Remember the reality of these 15 million people that have lost their American Dream, because it could be you among them at anytime, and trust me, it is not a good place to be. If we don't do something about it now, it will be gone for good, if it isn't already.
Thanks for visiting,
Janet

They're right about that! 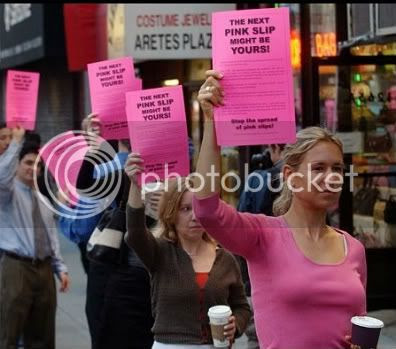 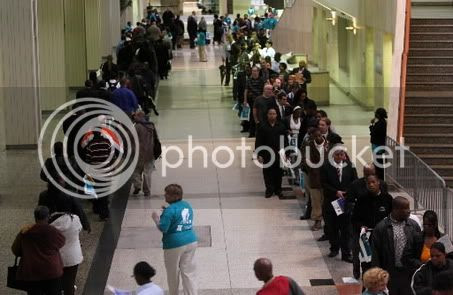 My perceptions of the Republican Candidates lol! 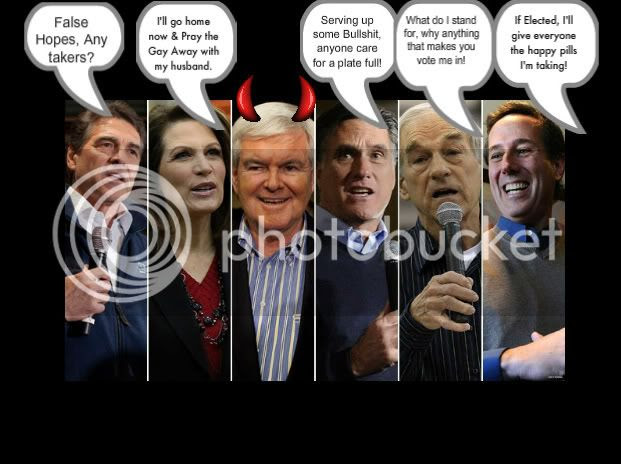 Posted by Janet Gardner at 2:19 PM